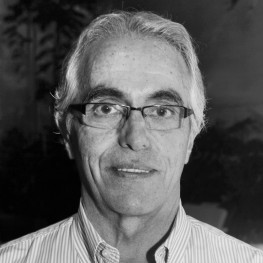 Diego García-Sayán is the former Minister of Justice and Minister of Foreign Affairs of Peru and played a key role in the country’s democratic transition process. His commitment to human rights and democratic values led him to be elected as Judge and President of the Inter-American Court of Human Rights for two consecutive terms. In January 2017, García-Sayán was appointed United Nations Special Rapporteur on the Independence of Judges and Lawyers. In this position, he reviews complaints, collects information and prepares reports on threats or attacks to the independence on the judiciary.

As Minister of Justice, García-Sayán successfully developed reforms to rebuild the Peruvian legal and political institutions after ten years of authoritarian regime. Showing strong leadership skills, he secured a peaceful and democratic transition. In this process, as Minister of Foreign Affairs García-Sayán lead the Peruvian initiative to prepare and promote the Inter-American Democratic Charter, achieving its approval as Chair of the General Assembly of the Organization of American States (OAS) on September 11, 2001. As Minister of Foreign Affairs García-Sayán led Peru’s reinsertion into the democratic multilateral system, which included the ratification of the Rome Statute and resulted in the country’s membership to the International Criminal Court (ICC). One of his greatest achievements during his time in office was the normalization of relations between Peru and the Inter-American Court of Human Rights.

In 2003, García-Sayán was elected as Judge of the Inter-American Court of Human Rights. He served as Vice-President and then President of the Court for two consecutive terms from 2009 to 2013. In this position, he was able to increase the Court’s efficiency immensely: almost one-third of all rulings of the Court occurred under his presidency and many of the Court’s landmark decisions were made.

Before his time in office, García-Sayán was an expert on Latin-American matters to the United Nations. He was a member of the UN team in the Guatemalan peace negotiations between the Government and the Unidad Revolucionaria Nacional Guatemalteca from 1991 to 1992. Subsequently, he directed the Human Rights Division of the United Nations Observer Mission in El Salvador (ONUSAL) as representative of the UN Secretary-General, reporting directly to the Security Council. In this position, he led a team of over 1000 members, including civilians and police, and was responsible for the verification and implementation of the human rights components of the Peace Agreements in El Salvador. In 2007, he was the Head of the Electoral Mission of the OAS in Guatemala in the general elections.

García-Sayán served as chairperson of the UN Working Group on Enforced and Involuntary Disappearances and became a member of the Redesign Panel on the United Nations’ System of Administration of Justice in 2006. In this capacity, he worked on proposals to launch and implement a full redesign of the internal system of administration of justice at the UN. Later, these proposals were adopted by the UN General Assembly and implemented.

Besides his work as a judge, politician and diplomat, García-Sayán published a number of articles and books on legal issues, development and international affairs throughout his career. He has received numerous awards for his work as a justice reformer and diplomat, including the Rule of Law Award by the American Bar Association in 2013. García-Sayán serves as the Director-General of the Andean Commission of Jurists (of which he is the founder), member of the Permanent Court of Arbitration in The Hague and member of the Inter-American Dialogue. He was also President of the High-Level Commission to design and implement the Museum of Memory, Tolerance and Social Inclusion in Peru inaugurated in 2015.