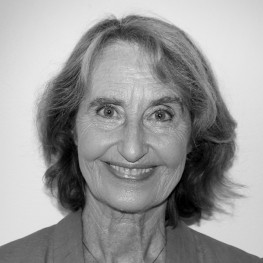 Siri Frigaard is a global expert in the prosecution of war crimes and crimes against humanity. She is a former Chief Public Prosecutor of Norway and the former Director of the Norwegian National Authority for Prosecution of Organized and Other Serious Crime. The latter investigates and prosecutes core international crimes, such as war crimes, genocide and crimes against humanity, as well as terrorism, sexual abuse of children on the internet, computer crime and organised crime. Since its establishment in 2005, Siri Frigaard headed this institution until 2014. Prior to this, she was the Deputy Director of the National Investigation Service.

In 1990, Frigaard was appointed Senior Prosecutor and in 1993, she became the Deputy Director for the regional prosecution office in Oslo. Moreover, she served as Assistant Chief of Police and prosecutor with the Oslo Police Department, where she focused on the investigation of the organised trafficking of drugs.

Siri Frigaard served as the Deputy General Prosecutor for Serious Crimes in East Timor with the United Nations Transitional Administration in East Timor (UNTAET) and United Nations Mission of Support in East Timor (UNMISET). There, she was in charge of the investigation and prosecution of serious crimes committed in the country prior to 24 October 1999. In the period of June 1999 to October 2001, she served as a prosecutor and legal adviser to the General Prosecutor of Albania.

During her career, she represented Norway in different committees in the European Council in Strasbourg and in the Baltic Sea Cooperation and served as member of different international organisations. From 2008 to 2014 she was a member of the Norwegian Parliament’s Accountability Select Committee.